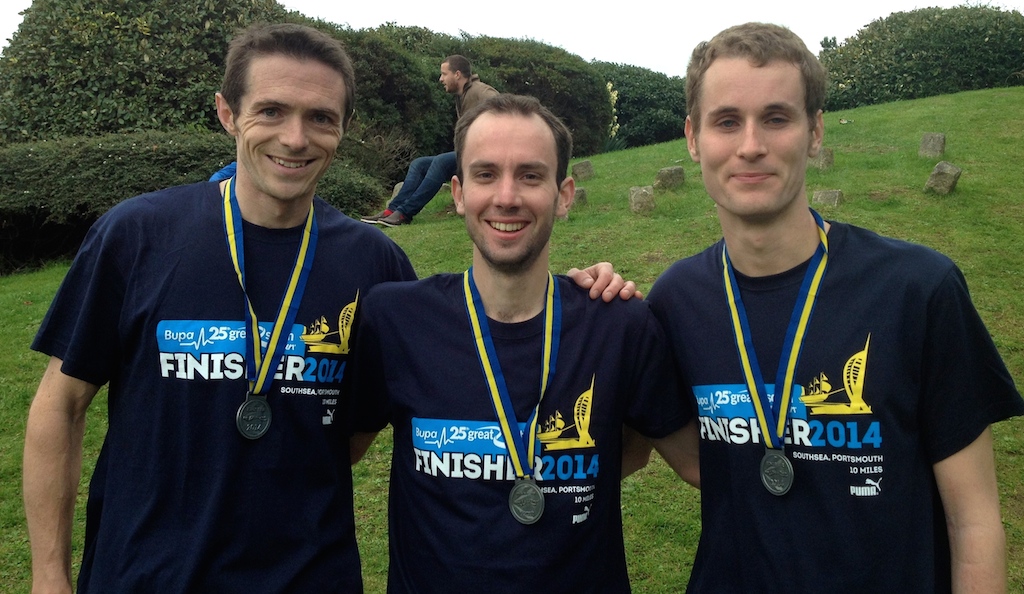 Full results are on the Results 2014 page.
Many thanks to all of the volunteers who helped at The Schools at Somerhill to put on a terrific event. About 50 people contributed in various ways.
In summary -
Under 13 girls - The 15 runners equalled the club record for the most in a u13g Kent League race. Tilly Hall led the team home in 3rd.
Under 13 boys - It was good to see a few more competing, with our first few home having possibly their best runs for the club. James Kingston paced it very well to come home in 2nd.
Under 15 girls - Kathleen Faes was in imperious form as she once again strode away to win from a good quality field.
Under 15 boys - With 17 runners this squad set a club record for the most ever. James Puxty had one of his best races to take a convincing win.
Under 17 women - The four TAC in action all ran very well and took 2nd place, which was up from 5th in the first fixture. Polly Pitcairn-Knowles led the team home in 3rd.
Under 17/20 men - TAC supplied the first four home in the combined race and won both team contests. Charlie Joslin-Allen (u20) was first home and Alasdair Kinloch was first u17.
Senior women - The team took second in both the 3 and 6 to score events. The first four finishers were exactly the same as round one, with Nicole Taylor 3rd and Lucy Reid 4th for TAC.
Senior Men - Things are hotting up as TAC did not have it all our own way, finishing as 3rd team, with the league now tied with Blackheath and Cambridge Harriers. 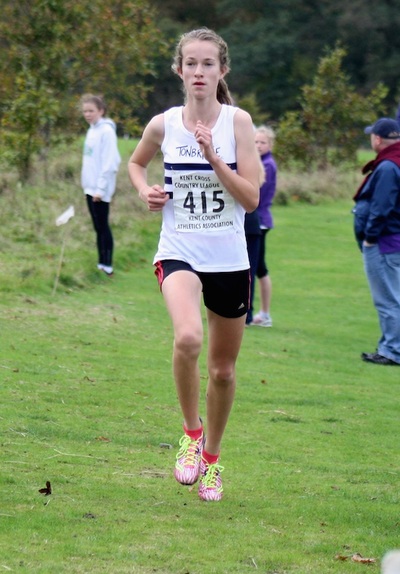 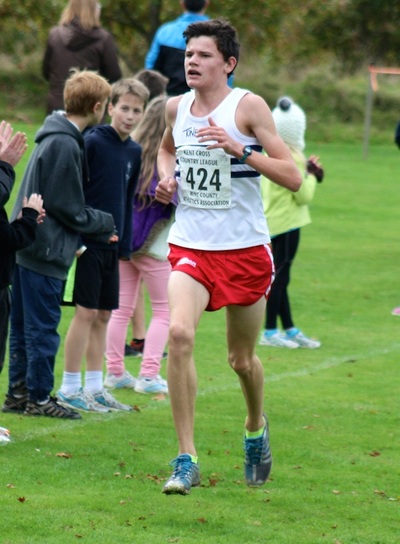 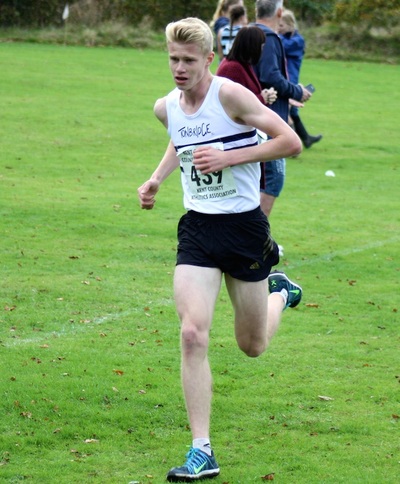 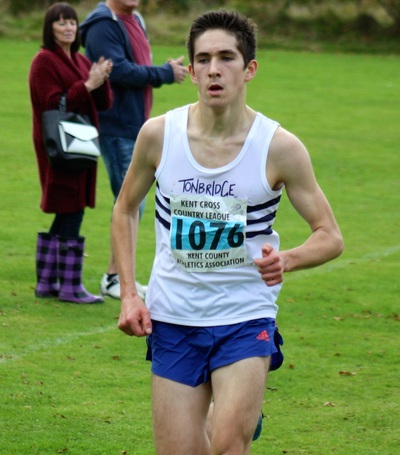 Chris Olley set the fastest ever time by a TAC athlete in any parkrun, when he ran 15.27 to place first at Fulham Palace today.
Dan Bradley was first home at Tonbridge, although he was really just warming up for Sundays 10 miles at the Great South run.
Michael Mason was 24th at Cheltenham in 20.33.

Chris Olley and Max Nicholls, representing their universities produced a 1-2 in the London Colleges League, with Chris outsprinting Max at the end. Ryan Driscoll moved through the field to finish 10th, using the race simply as a training run.

Sunday -
Cameron Knapp finished second in the Tadley 10 mile road race. Making his debut at the distance Cameron ran a very respectable 58.37. Full results are at - http://www.tadleyrunners.co.uk/wp-content/uploads/2014/10/Final-Results-2014-V2.pdf
Saturday -
Steve Fennell won the 'Milford Mash Up' 10k trail race on Saturday, in 35.17. Full results at -
http://mashrunning.co.uk/results/Milford%20Mash%20Up%2010K%202014.html
Lucy Reid finished 2nd in the Durham University Past v Present race, which included some from local clubs. Results on the Results 2014 page.
Chris Olley was first home at the Fulham Palace parkrun in 15.55 (18s outside course record)
Julian Rendall was first home in the Tonbridge parkrun in 16.51
Graeme Saker was first home in the Maidstone parkrun in 17.17
Ryan Driscoll was second home in the Bushy Park parkrun in 16.18 (unofficial as listed as an unknown runner)
Toby Ralph was second home in the Royal Tunbridge Wells parkrun in 19.01, behind 'coach' Andy Howey in 18.09.
Parkrun results are at http://www.parkrun.org.uk/results/firstfinishers/ 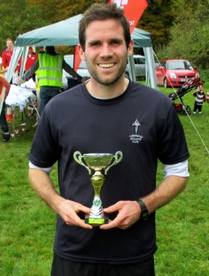 Steve Fennell winner of the Milford Mash Up 10K

We had 41 athletes at this morning's training session and a summary is on the Training Completed page. See also a montage video there.

A little later in the day, Robbie Farnham-Rose finished 29th at the Crimson Classic, at Tuscaloosa, Alabama in 25.50, on what was reportedly a course that was a hundred metres over the 8km. Robbie suffered in the heat, after a good start, as temperatures hit 28 degrees. Full results are at -
http://www.rolltide.com/sports/c-xctrack/stats/2014-2015/dimens8k.html

Mark Pitcairn-Knowles has announced the second Tonbridge AC Parkrun Grand Prix, aimed at adding a bit of extra competition for our runners who take part. You need to complete four of the nominated nine Tonbridge parkrun events, between November and April. Dan Bradley currently holds the trophy, after the Summer series.

Below are more details from Mark

Fifty four young runners between the ages of 4 and 12 took part in the two races and were all awarded with a medal. Full results are on the Results 2014 page.

The next in the monthly series is on Sunday 2nd November, at The Schools at Somerhill. Registration at 2pm for a start at 2.30pm.

On Sunday Mark Pitcairn-Knowles ran a personal best of 39.19 in the Ashford 10k road race.

On Saturday Luca Russo running as a guest finished 4th in the DeSales University Cross Country Invitational, over 8km, on Saturday. Luca ran 26.20 and was visiting the university that he spent three months at last year.

Ben Cole was first home in the Swindon parkrun in 16.12

Results from yesterday's schools races are on the Results 2014 page. There were wins for Lizzie Miller, Megan Moore, Fin Croll and Ben Errington, all being TAC.

A few TAC distance runners were competing for their schools at two venues on Wednesday, in the first round of the English Schools Cross Country Cup.

There were wins for James Kingston, Kathleen Faes and James Puxty. TAC had plenty of runners in action at both the Kent and the Sussex divisions.

Results of the Kent and Sussex divisions are on the Results 2014 page, with TAC athletes highlighted.
Full results can be found at http://www.esaa.net/v2/2014/xccup/xccup14results.php

No club 'records' were set on the Sutton Coldfield course, but nevertheless there were some fine performances. Also just about all our teams will be stronger in the straight race, four to score competitions, later in the season, since there is some depth to the squads.

It was a long day for those on the team bus, due to a severe traffic jam on the M25, but I have to say the whole squad was one of the best in terms of punctuality, behaviour and spirit, that we have ever had. Well done all !
Full results are on the Results 2014 page. 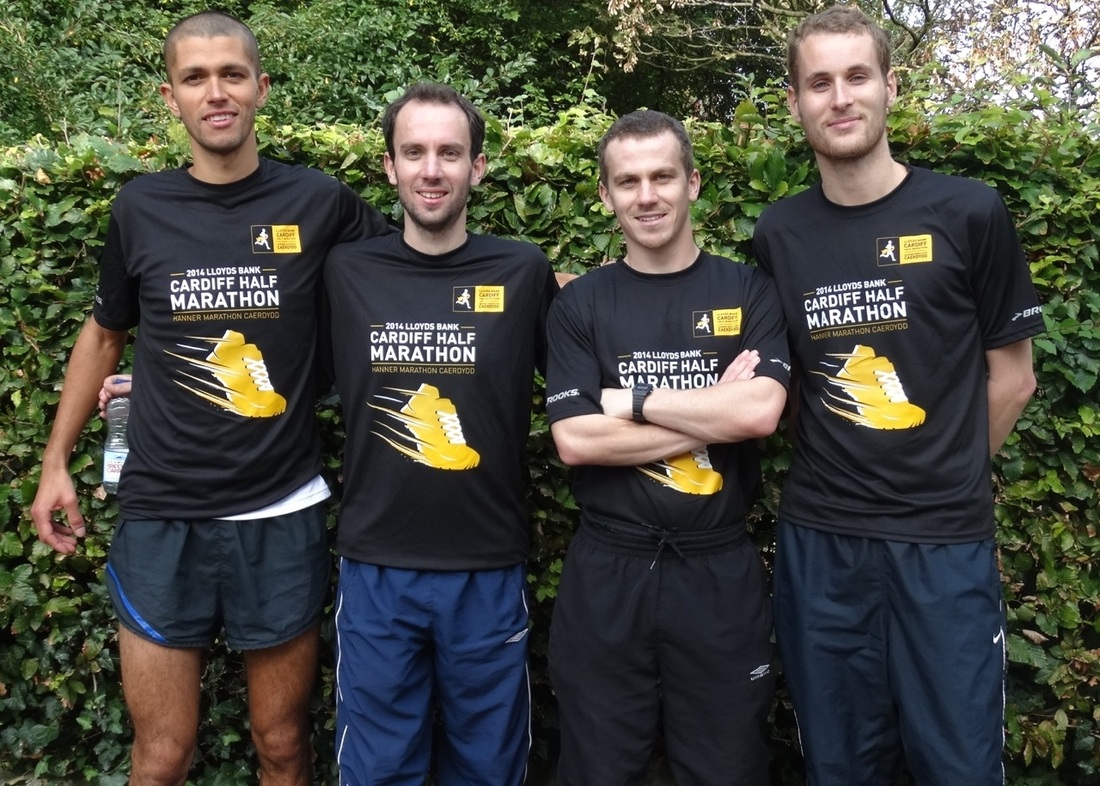 In the USA there were three TAC distance runners who were due to compete for their universities at the weekend.

Kieran Reilly had a fine run to finish 47th at the Washington Invitational, at Seattle. Kieran ran 24.33 for the accurate 8 kilometres and was 5th man home for Indiana University.

Robbie Farnham-Rose also competed over 8km and finished 86th in 25.06 at the Paul Short Invitational, Both his and Kieran's race results are on the Results 2014 page. Dominic Brown had been ill in the week and didn't race in the end.

There was TAC representation at the parkruns at Tonbridge, Royal Tunbridge Wells and Maidstone, this week. The highest TAC finisher was Alex Hookway, who was third at Tonbridge.
Full results can be found at http://www.parkrun.org.uk/results/firstfinishers/

The teams are both very young, with every prospect of getting even stronger over the next two or three years.

The TAC men's team have been moved from 4th to 3rd in the South of England Road Relay Championships, held in September. This follows the disqualification of second placed Serpentine AC, for fielding an athlete who was not a registered club member. We await to see whether the bronze medals actually materialise !