Laurie has sent an update from the USA where he is studying at Lamar University, Texas.

This is the toughest league to be in, since TAC were promoted last season. The club finished sixth of the six clubs, but from a points view were not that far away. We finished behind Windsor, Shaftesbury, Team Norfolk (combination of clubs), Blackheath and Reading. However, if it wasn't for a few gaps in our team sheet, we might have beaten a couple of the other clubs.

It was a cold and wet evening at Watford, but this didn't seem to deter athletes from competing in the most popular open meets in the country. There were 23x800m races and 3x3000m races, with about 90 competitors in the latter !

The last race went off at gone 10pm and featured tow of TAC's under 20 squad. Both had excellent runs to slice significant chunks from their personal bests. Chris Olley ran 8.34.35 (13s pb) and Max Nicholls 8.39.46 (11s pb) in a high quality race.

Earlier in the evening James West ran in the British Milers Club 1500m, which was only arranged a few days before. There were only five runners and Ross Murray was being paced for a target of 3.41 (he ran 3.44). James tried to go with the pace and was 2.00 at 800m, before he struggled home in 3.58.52.

We couldn't have really hoped for better weather than we got today for the Easter Open Meeting and it seemed to bring out the best in quite a few athletes. There were record numbers in many events, so particular thanks go to all the officials and volunteers who helped put the meeting on. It made a huge difference having so many lending a hand in the organisation.

On the distance running front I think that the only club record to fall went to Sean Molloy over 600 metres, where he ran 79.34, which only misses Steve Fennell's outright club record by four tenths of a second.

There were masses of personal bests from TAC athletes and the trackl results are on the Results 2014 page. 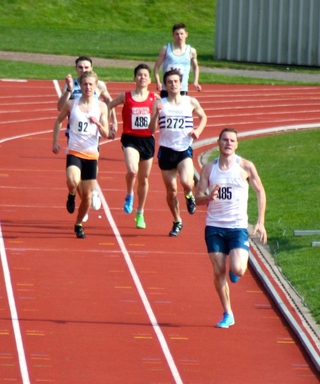 Some other great finishes from today !

Tonbridge won the match convincingly from Ashford, Bexley and Belgrave.

Full results are on the Results 2014 page. Photos below of today's TAC Distance Runners, who won their A-string events. 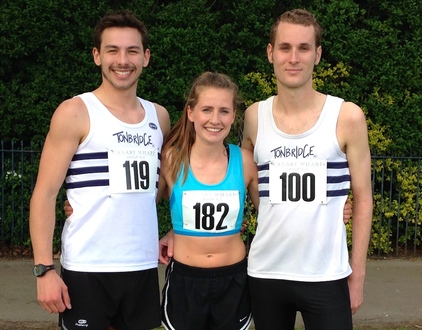 Kent-based Ecolution, leader in the design and installation of renewable systems, is supporting eight Tonbridge Athletic Club (TAC) distance runners to help them develop their careers in athletics.

Nicole Taylor, Robbie Farnham-Rose, Andy Combs, Dominic Brown, Tom Cox, Ryan Driscoll, Sean Molloy and Luca Russo, who have all gained either International or Regional representative honours, have received a sponsorship deal from Ecolution worth £5000 over  12 months. The funds will help them with their travel, physiotherapy as well as with purchasing their running equipment and kit.

Kevin Knapp, Director, Ecolution comments: “Being based in Kent, we want to support regional community initiatives whenever we can. We are proud to be helping these athletes; their dedication and passion is inspiring. Just like TAC, we believe in nurturing young talent, whether it is through our sporting sponsorship or our own employees, and hope that our contribution will help them achieve their goals.” 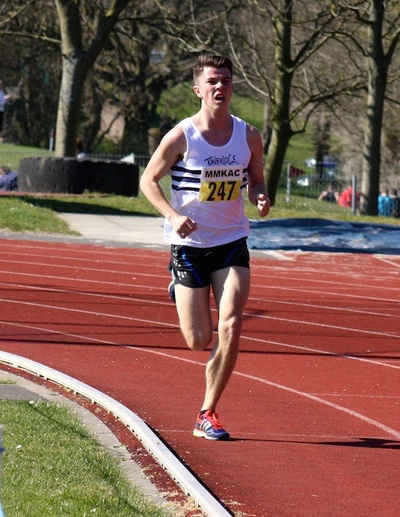 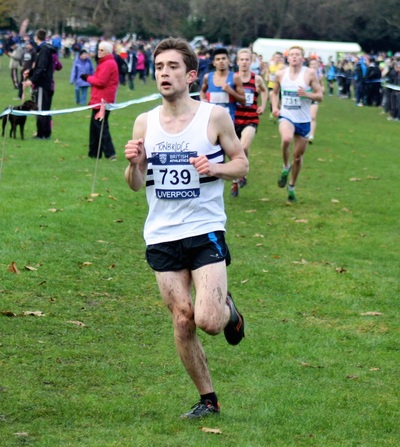 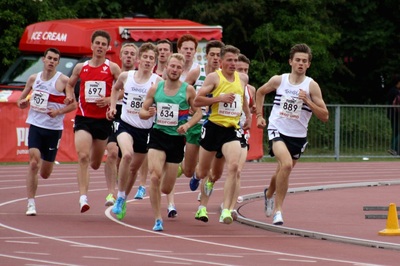 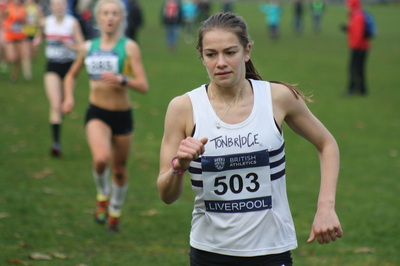 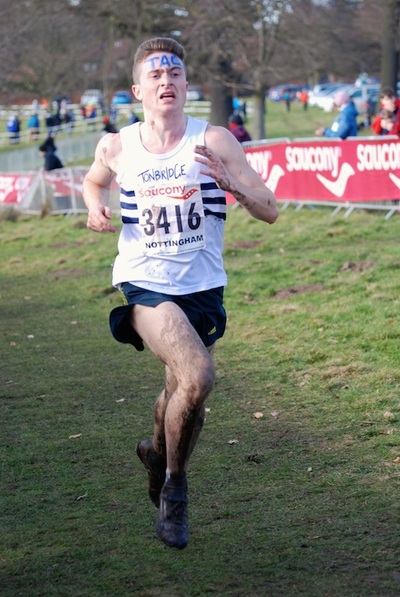 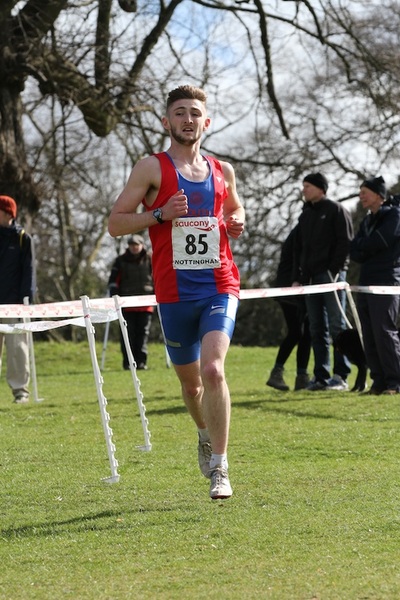 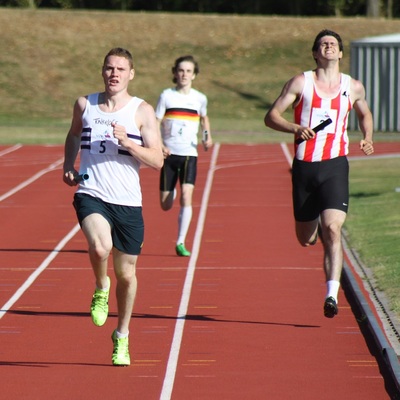 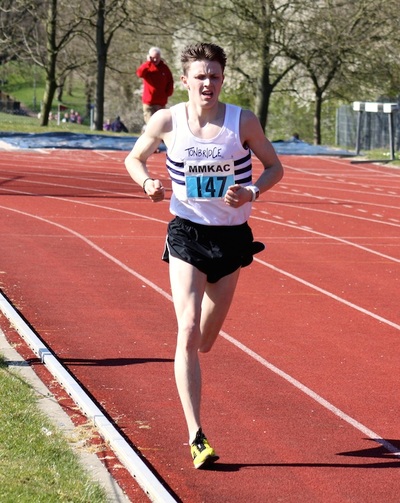 TAC had about a dozen distance runners in action on the streets of London today. Julian Rendall led the main marathon squad home with a 2.32.19 run, with Ben Cole (2.37.51) and Dan Watt (2.41.47) having a debut and personal best performance respectively. The three of them should finish quite high up in the three to score club event, once results are announced.

TAC second claim member, Ben Reynolds ran 2.33.53 and was the winner of the over 50 mens age group race. Ben now races for Thames Hare and Hounds, but has been a TAC member since he was a teenager at Sevenoaks School.

In the mini marathons, over the final 3 miles of the marathon course, the highest TAC performer was Alasdair Kinloch, who had a great run to place third in the under 15s.

A summary is available on the Results 2014 page, with the full mini marathon results. Full marathon results are at -http://results-2014.virginmoneylondonmarathon.com/2014/

Other weekend news, Saturday and Sunday 12th and 13th April

Kieran Reilly followed up his personal best 800 metres, from last weekend with a seasons opener over 1500m at the University of Illinois Twighlight Track meeting, on Saturday evening. Kieran ran 3.48.54 to finish 4th.

On Sunday Sally Musson finished as 3rd lady in the Hartfield 10k, whilst Joe Watts ran around 47.19, on the tough course. Results will appear at http://www.hartfieldonline.com/Core/Hartfield-Parish-Council/Pages/Fun_Run_1.aspx

A few TAC distance runners took advantage of a break in their racing calendar to turn out at the Parkrun. Steve Fennell, led Tom Cox, Dan Bradley, Ashley Gibson and Michael Ellis home. Steve and Ash would have smashed the official men's and women's course records, but for the fact that a marshal had located a turn market at the wrong location ! It was estimated that the course was maybe 80 metres or 20 seconds short, so Steve (15.35) and Ash (16.38) would have been well inside the existing records of 16.17 and 19.05.

Full results are at  - http://www.parkrun.org.uk/tonbridge/results/latestresults/

Kent Championships, Saturday/Sunday 24th/25th May (under 15s and older)

Entries are open now for the Kent Championships. Details are on the relevant Race Information page.
Entries close 5th May.

Genny Allan (under 15) produced a terrific 1500 metres last night at Watford to take 18 seconds from her personal best, with 4.46.18 ! Only one TAC female athlete ran quicker than this in 2013, so its an excellent start to the season. 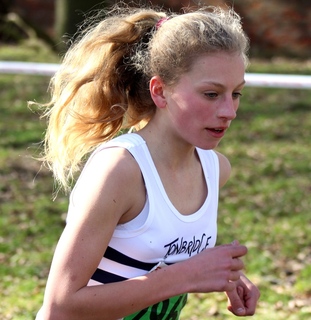 James West finished second in the Dave Clarke under 20 mens mile, in a slow and tactical race, with a very fast last lap. The  time was 4.28.11 and he was just beaten by Tom Holden (4.27.11), of South London Harriers.

Dan Watt followed up his half marathon personal best last weekend with another today in 33.11 over 10k. Full results are at -http://brighton.marathonapp.net/events/2014/races/2/meta.html

Tonbridge AC's mens and womens teams produced the club's best ever performances at these championships, as they finished 13th and 21st respectively.

These relays are perhaps the truest test of a club's distance running status, with the best from England, Scotland and Wales competing. The men had only once qualified for the championships, before 2011 and in 1996 only had eleven runners, so the team was incomplete. Since then the progress has been 2011 - 28th, 2012 -19th, 2013 - 14th, 2014 - 13th. However, breaking into the top ten will be very tough to achieve, although with such a young current squad the potential is there.

The women in 2012 almost completed a team, but suffered the misfortune of one athlete twisting an ankle in warm up. This year was the first time TAC have finished and the creditable 21st place is something we again can hopefully now build on.

Full results are on the Results 2014 page. Photos below. 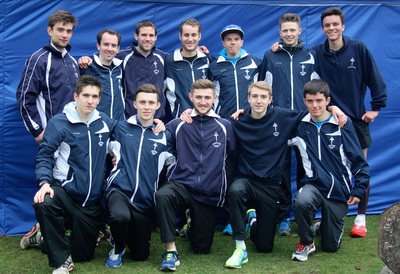 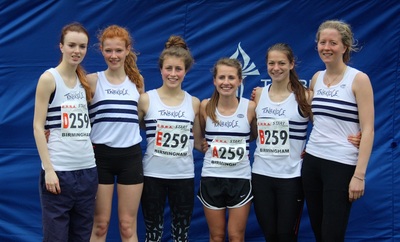 Kieran Reilly who is attending Indiana University, in the USA, won his first race of the outdoor track season, in the USA and took a tenth of a second from his 800 metres personal best. Kieran ran 1.52.13. Kieran also goes top of the TAC 800m rankings for 2014, as its fractionally quicker than Sean Molloy ran indoors. 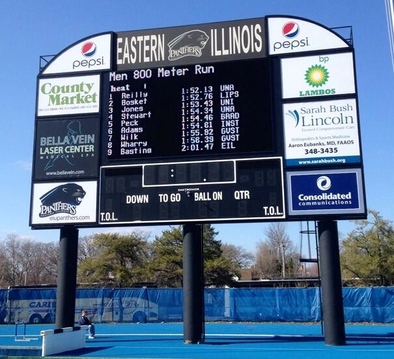 TAC athletes featured in five of the road miles at Brighton, with Katie Goodge claiming a win. Results of the relevant races are on the Results 2014 page. Full results are at http://www.brightonminimile.co.uk/race-day-live

TAC will have a few representatives in the London Marathon, including Duncan Ralph, who is asking for help in supporting his fund raising efforts at the link below -
https://justgiving.com/duncanralphlondon 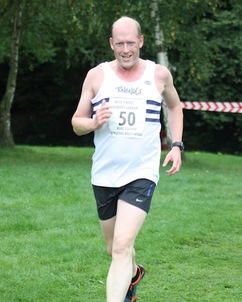 Tonbridge AC missed winning the senior men's team title at Paddock Wood today by one point to Cambridge Harriers, although one of the Cambridge H athletes was not entered for the club fully. Therefore, on a technicality our squad were awarded the team prize.

The team was led home by an outstanding run from Dan Watt. Dan finished 9th in a high class race, reducing his personal best to 70.47, which is an improvement of 80 seconds.

Julian Rendall was not far behind in 12th with 70.57, which was not far from his own pb, being the first time for four years that he has gone sub 71 minutes. Ben Cole was 19th in 73.49, although was using it more as a training run.

Dan, Julian and Ben are all due to run the London Marathon.

Full results are at the following link - https://www.sportsystems.co.uk/ss/results/25th%20Brooks%20Paddock%20Wood%20Half%20Marathon/1288

Dan Bradley took nine seconds off his own Tonbridge Parkrun record this morning with a 16.17 clocking, being followed home by Jamie Bryant (17.11). Nicola Summerfield was the first lady home with a new course pb of 22.45. 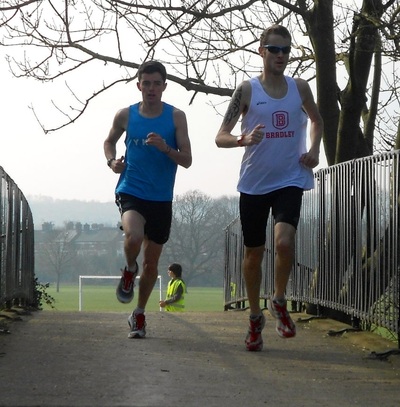 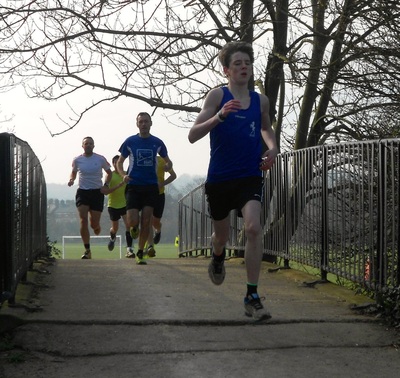