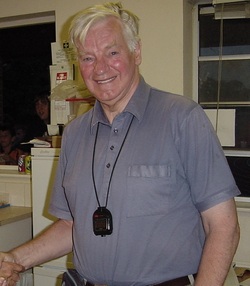 As a tribute to Mike he was presented with an album of memories that consisted of photographs, newspaper and magazine articles, plus messages from some of the people who he had helped over the years.

Below I have displayed two files. One is a sleclection of most of the material used in the album and the second is a record of the messages received and included in the album.

Nothing can really do justice to the work that Mike has contributed to local athletics over the last 50 to 60 years, but hopefully this will give everyone a little idea of the work he has done.