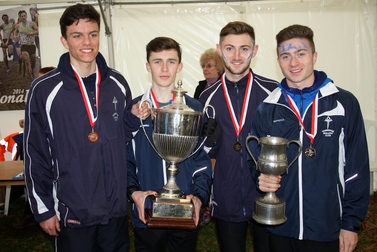 The Under 20 men's team of Max Nicholls, Corey De'Ath, Ryan Driscoll and Robbie Farnham-Rose became the first Tonbridge team to win this title since 1986.

The event was held at Wollaton Park, Nottingham and the team was one of five who gained medals, across the ten age group events. 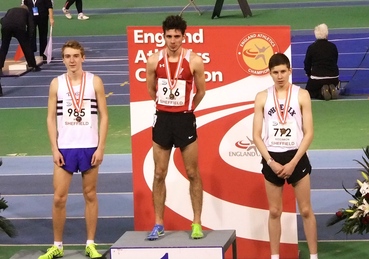 James West finished second in the National under 20 men's indoor 1500 metres and was selected to run for England, in the Welsh Indoor International.

The match was against Wales and James finished third behind Kyran Roberts of Wales and Robbie Fitzgibbon, his England team mate. All four athletes finished within one second of each other. 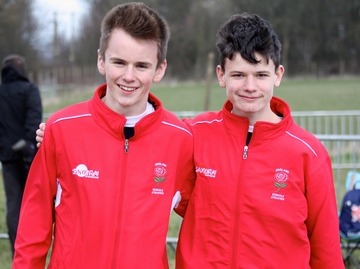 Jesse Magorrian and James Puxty had two cracking runs at the English Schools Cross Country Championships, at Castle Donington, as they finished 4th and 3rd respectively.

As a result they were selected for the England Schools Junior Boys (years 8/9) team to compete in the Home International. The eight man team will race at Bolton on 22nd March. 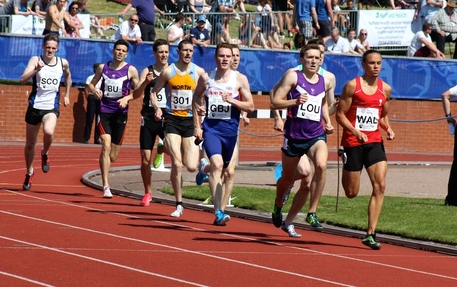 Sean Molloy, shown here with GBJ on vest, was selected for the Great Britain Junior Team, for the Loughborough International Meeting.

Max Nicholls finished 13th in the under 20 mens race and was second GB scorer home. The GB team was third. 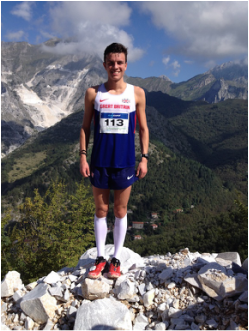 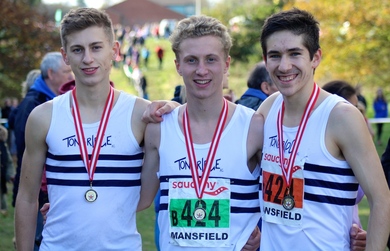 The Tonbridge under 20 mens team retained the National Cross Country Relay title at Mansfield, that had been won in 2013.

However, the team was a completely new one with Chris Olley, George Duggan and Charlie Joslin-Allen. 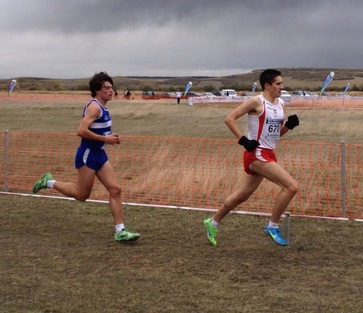 Charlie Joslin-Allen was selected for an England under 20 men's cross country team that competed in Burgos, Spain. Charlie had a good race to finish 7th overall and be the first of the four Englishmen home.