Ashley Gibson produced a superb run of 34.40 to be first lady home, in eighth place overall, whilst Dan Bradley ran 32.27 to finish second and just three seconds behind the winner. Ash's time puts her 4th so far this year on the UK rankings.

Full results are at http://www.runbritainrankings.com/results/results.aspx?meetingid=98114

Laurie Probert competed for Lamar University in section 2 of the mens mile, finishing 11th in 4.30.41.
Full results are at - http://flashresultstexas.com/2014/uhhryan14/

Kieran Reilly was the first TAC distance runner in action this weekend, when he raced over an indoor 3000 metres for Indiana University. He finished 12th in a competitive field with 8.25.33, improving his time of a couple of weeks ago by five seconds.
Full results can be found at http://www.iuhoosiers.com/sports/c-track/stats/2013-2014/inrelaysday1.html
Kieran is due to race in the 4x800m relay on Saturday aswell.

Full results appear here - http://mcs.open.ac.uk/mkac/14seaaxc.htm and are on the Results 2014 page.
Race videos can also be viewed at www.athleticos.org

Other stats -
79 athletes in total was the most TAC have had starting the championships.
Most athletes this century in u13 girls (11), u20 women (6), senior women (2 !), senior men (11)
Alasdair Kinloch's win was the third for TAC in 4 years in the u15s, after Max Nicholls and George Duggan
Kathleen Faes 2nd was the highest for TAC in any female race at the championships this century.
The under 17 men's team medals made it 8 years in a row this has been achieved, in this age group. 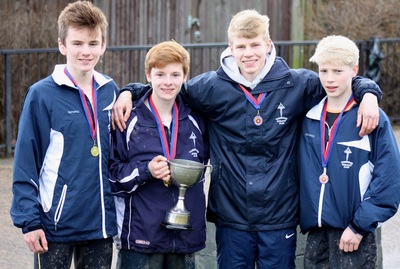 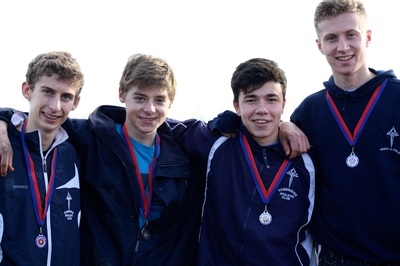 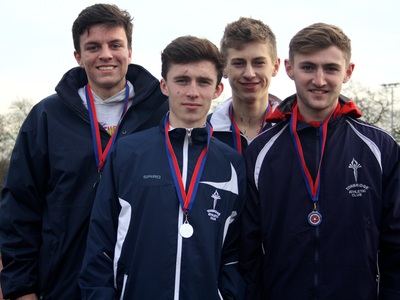 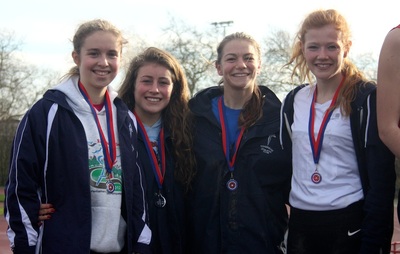 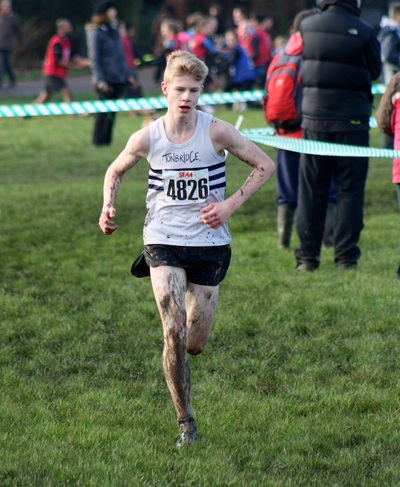 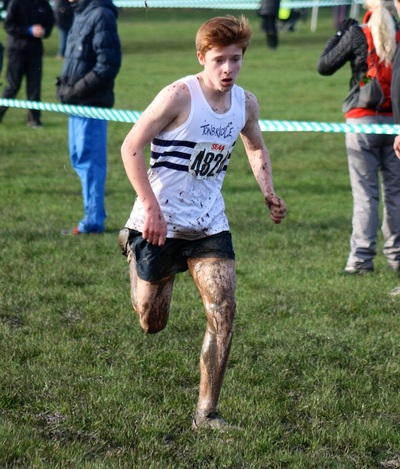 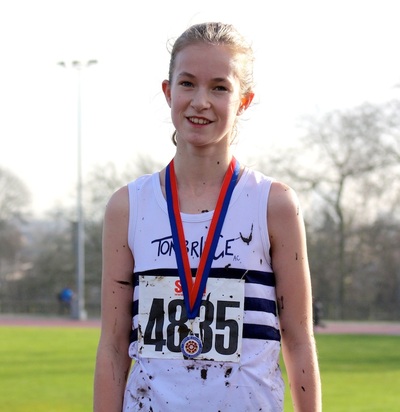 A selection of other photos (200+ photos will appear at the Scrapbook on www.tonbridgeac.co.uk)

Sean Molloy finished second in the under 20 men's 400 metres. He ran 49.72 to record an indoor personal best and go under 50 seconds indoors for the first time.

James West finished second in the Maidstone Parkrun with 16.25, but the start run came from our second claim member, Ashley Gibson. Ash finished third overall and first lady, recording 16.45 to smash the ladies course record by over a minute. Sally Musson ran 21.09.

Kieran Reilly, who is on a scholarship at Indiana University, finished 4th in the mile with a superb personal best of 4.08.17. Full results are at -
http://www.iuhoosiers.com/sports/c-track/stats/2013-2014/gladsteinfinal.html

Laurie Probert has sent a note to everyone about his first few weeks at Lamar University in USA. Read it at the Distance Runners Diaries page. He ran 14.53 for 5000m indoors a week ago.

James West and Sean Molloy contested the under 20 mens 1500 metres and progressed nicely through heat 1, to the nine man final.

In the final they were up against GB junior international Shaun Wyllie from Bracknell and despite their best efforts had to settle for second (James) and third (Sean). Their time of 3.59.29 and 4.01.80 were big indoor personal best times and run off a relatively slow 2.14 for the first 800 metres.

There were plenty of TAC distance runners in action today at Wilmington. Full results are not yet available, but I managed to get most of the top 20 names in each race. See the Results 2014 page. Tonbridge AC winners were -
Year 7 Girls - Lizzie Miller
Junior Boys - Tom Kendrick
Inter Boys - Alasdair Kinloch

Around 170 photos will be posted at www.tonbridgeac.co.uk under the Scrapbook. 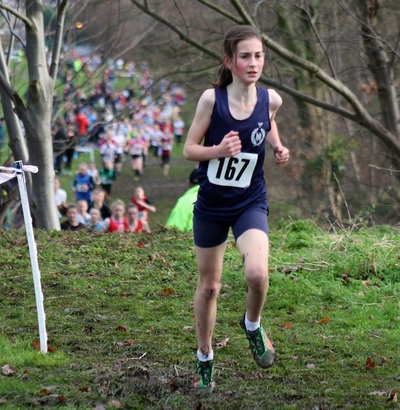 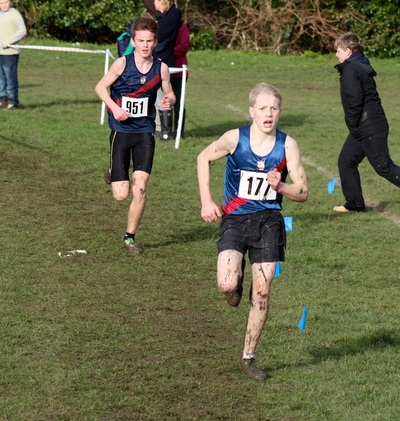 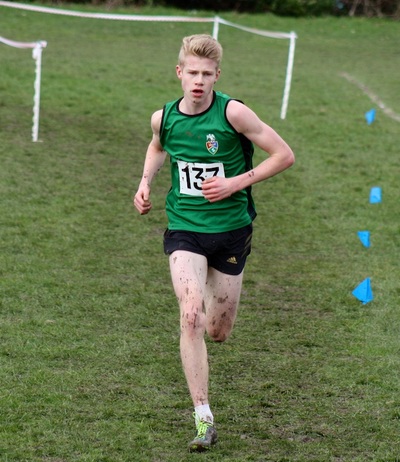 Alasdair Kinloch
A selection of TAC runners who either ran really well, battled back from injury or simply showed real guts today ! 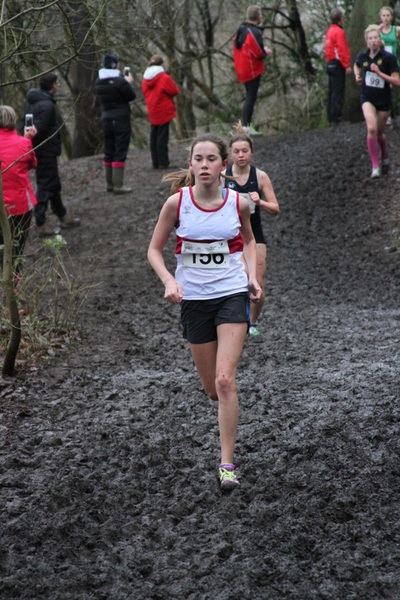 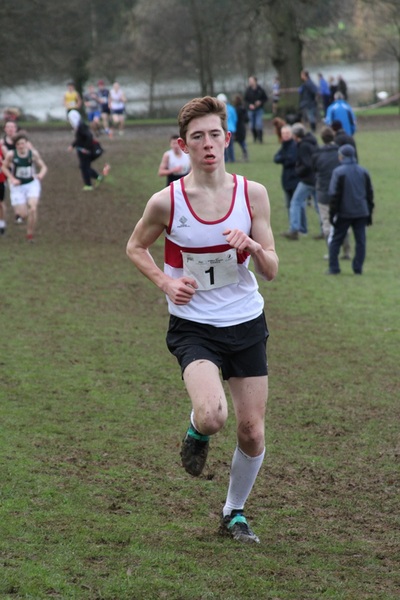 Laurie Probert made an excellent start to life in the USA with a second place finish for Lamar University, over an indoor 5000 metres. He ran 14.53.94.

Kieran Reilly also made his indoor track debut in the USA, running for Indiana University. He finished 7th over 3000 metres in 8.30.52, running in a dual team meet at Purdue. From the results it also looks like he ran a 4x800m relay leg, in a team that placed second.

Maidstone Parkrun - Dan Bradley (15.59) and Nicole Taylor (18.10) were the first finishers, with Joe Watts (20.29) and Cain Bradley (21.12) also running. Dan was just seven seconds away from the course record, whilst Nicole's run was the third fastest female on the course. The Tonbridge run was cancelled this week due to flooding.

The date of the 'Southern' road relays has been confirmed as 16th March, at Milton Keynes. (see http://www.mkac.org.uk)

Unfortunately, this is the day after the English Schools Championships, so will probably deny us a few good under 20 athletes.

A good number of TAC young athletes were in action at Knole Park on Saturday, competing in glorious sunny weather.

Chris Olley was 2nd in the boys race. Full results are on the Results 2014 page.

The combined girls and boys race this month was won by Archie Butler-Gallie, from St Ronans School, with Finn Croll and George Rowlands of TAC just behind. Results are on the Results 2014 page.

Jesse Magorrian has won the Sussex under 15 title. Photos from his mum Natalie ! (He is in his 2nd claim club Hastings vest)

Rob Boylin and Nicola Wilkinson won the male and female titles at this low key, multi terrain race, with James Taylor being second overall. All three had raced on the Saturday aswell.