With a few last minute withdrawals we ended up with 97 athletes running at Swanley, with quite a few making their first appearance in a Tonbridge vest at cross country. In summary -

Summary results on the Results 2013 page

From Adam Styles, who ran in the senior mens race -


I just wanted to say a massive thank you to all associated with TAC who provided us with such fantastic support around the course during the races at Swanley Park today. Running up the hill through a corridor of noise, much of it made by those supporting TAC athletes, was an amazing, inspirational experience. Thank you everyone.

George Bourne ran 17.43 in the Frimley Lodge 5km Parkrun, just a second outside his pb

Apologies for the delay in loading the race videos from the relays. This was due to a PC crash and the subsequent sourcing of new equipment and technology. See the relevant Race Videos page. All the races from the Saturday are available so far and hopefully the Vets and Senior Mens will be up soon.

Cameron Knapp gives the low down on his first week at Southampton University at the distance runners diaries page.

It is a sign of how far the club has come when the mens team places 6th in a championship like this and we are perhaps a bit disappointed. The potential to get amongst the medals is now in touching distance, something that has never been achieved in the club's history. 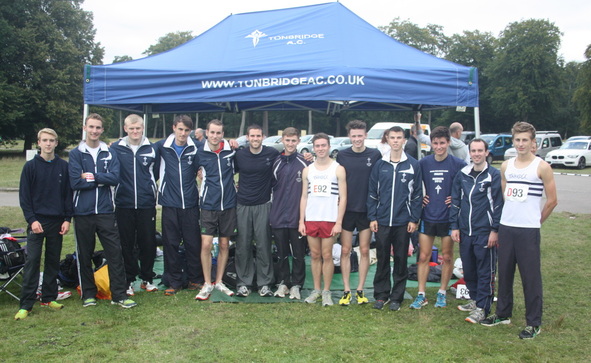 I imagine we were one of only a few clubs that completed teams in every race today. There was an excellent team spirit, with many having their first experience of such a championships.
Full results also appear at www.afd.org.uk 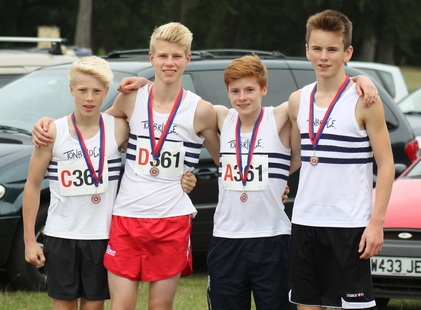 Results from the championships are on the Results 2013 page. They include a win for the TAC under 13 girls 3x800 metres team of Kelsi Cornish, Vita de Munck and Kathleen Faes.

George was representing the South East region at this multi sport championships.

Full results are on the Results 2013 page. A few highlights - 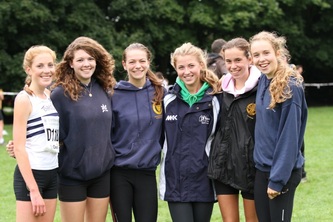 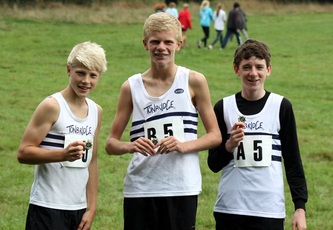 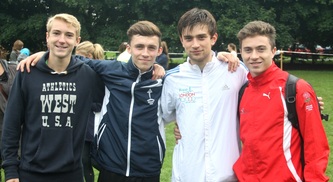 Below - Nicole and Steve with fastest laps of the senior relay 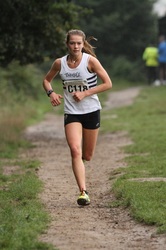 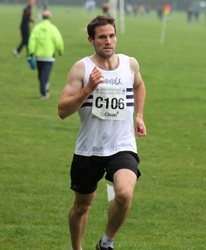 A few more photos from today - 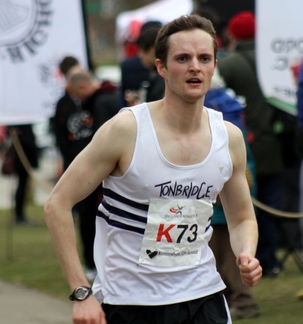 James Thompson won the 800 metres in 2.08, just a second outside his personal best.

Charlie seems to have settled in at Iowa State University in the USA. Read his first update on the Distance Runners diaries page.

James Puxty won the fun run that was held in conjunction with the main event.

Max Nicholls was 12th in the Junior Mens (under 20) race in Poland, being the second GB runner home. The team also won the bronze medal. 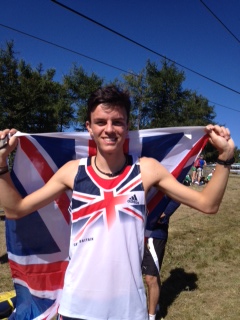 Matt Harvey finished third on Saturday in 18.40, just five seconds away from his pb.

Kieran has sent an update from the USA where he has recently started at Indiana University. Read it on the Distance Runners Diaries page. Kieran wore a TAC vest (photo below) as he ran 'unattached'. This enables him to still possibly skip ('red shirt') the cross country season, competing for Indiana, which will give him longer eligibility. This is possible if he is unlikely to score for their first team. 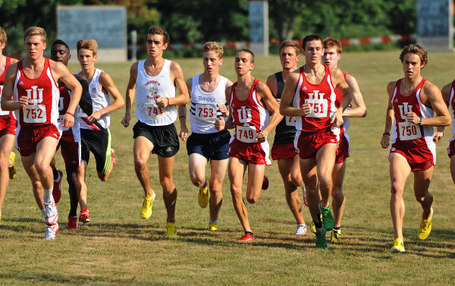 James West moved to a new performance level at 1500 metres, taking 3.4 seconds from his best 1500m time with 3.48.47. He finished sixth in the British Milers Club Gold Standard Mens A race, in an extremely strong field. His time is the second fastest in the UK this year for those aged 16 and 17.

Kathleen Faes and Kelsi Cornish both ran 800 metre personal bests at Crystal Palace of 2.21.15 and 2.26.52, respectively. Kathleen's time moves her to top of the UK age group ranking list and improved her pb by 1.5 seconds, whilst Kelsi improved her best by 2.9 s. Kathleen is less than half a second away from Julie Adkin's (now Goodge) club under 13 record, which was set in 1984.

TAC I believe now has the top ranked under 13 girl and boy (with Charlie Crick) in the UK at 800m, plus the fastest year 8 boy (Tom Kendrick) ! 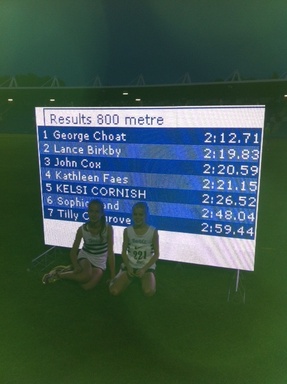 National under 15 and 17 Championships, at Bedford, Sunday 1st September - Day 2

George Duggan was the only TAC distance runner competing on day two of the championships and finished 4th in the under 17 mens 800 metres final in 1.59.01.

Full results from the championships are available on the Results 2013 page.

All the championship event videos are at www.vincosport.com

Dan Watt, who runs for Tunbridge Wells Harriers, but is a second claim member of TAC, won this marathon by ten minutes in 2.45.46

National under 15 and 17 Championships, at Bedford, Saturday 31st August - Day 1

News coming through from Bedford includes -

Videos of the races are available at -
http://www.vincosport.com/meetings/3020-england-athletics-u15u17-championships/videos/

I went along to my first ever Parkrun today as a few TAC runners were taking part. The web site is www.parkrun.org.uk These are informal runs/races, held throughout the country, every Saturday morning. They all start at 9am and you register once at the web site. Entry is free and you just turn up and run the five kilometres (3.1 miles). At the finish your barcode (which you print off and take with you) is matched to the finish time and position to record the results. All standards and ages take part and it is a useful addition to training, being a not too serious race.

A Tonbridge parkrun is due to be launched shortly, which will start of the sportsground.

The TAC Parkrun rankings for 2013 are shown under Athlete Performance and Progression.

Luca Russo has sent his first report from USA where he has started a four month spell at DeSales University. Read his update on the Distance Runners Diaries page.

We were blessed with warm, sunny conditions throughout the day for the club championships. The take up in the distance races wasn't high, as many are in an end of season racing break, but there were still quite a few in action.

I think that the biggest personal best of the day came from Tas Marsh, who took 36 seconds from her 3000 metres best. Brother, Nathan, also set a pb over the same distance. George Duggan was the fastest 800m in action and James Thompson won the 1500 metres.

Katie Goodge won the under 11 girls 600 metres. Photos below of various athletes in action - 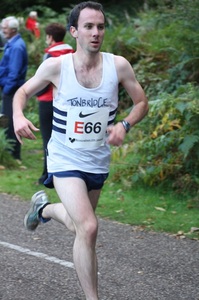 Matt Harvey ran 18.50 for the 5km run in Dublin, which was only 15 seconds away from his best.