The TAC Christmas Pudding Handicap race was relocated to a nearby park, after the Tonbridge School Fields were flooded. However, the numbers seemed to be similar to other years and a three lap course was organised by the Bradley family. GPS watches had it measured at around 4.9km in total.

First home was Abianne Coates, who held off Mark Schofield, Dominic Brown,, Robbie Farnham-Rose and Cathy Hughes in a close finish.  Robbie Farnham-Rose ran the fastest 4.9km in 16.11. Full results are available on the Results 2013 page and all my photos are at www.tonbridgeac.co.uk soon. A few are shown below -

Ashley Gibson (2nd claim TAC) returned to her native North East for Christmas and had a superb run over 3.2 mile to record 17.05 to finish as first woman and finish 7th overall. Behind her was GB international Alyson Dixon of Sunderland. This from the Morpeth Harriers web site - A cold and frosty start to Boxing Day did nothing to deter Morpeth Harriers Ross Floyd and Ashley Gibson from repeating their respective 2012 victories in the 26th running of the annual Woodlawn Pudding Run,
this year held on a new two lap course at the Links, at Whitley Bay, a course distance estimated at just over 3mile.

Floyd certainly put his recent North Eastern Cross Country disappointments behind him, as he pulled away from Tyne Bridge Harrier Mark Fenwick and Gateshead Harrier Jed Marshall, who was first Under 17 Man, on the second lap, to win with seventeen seconds to spare, in a time of 15m39s.

Full results can be found at - http://www.sport.be/lottocrosscup/2013/fr/brussel/uitslagen/live.html 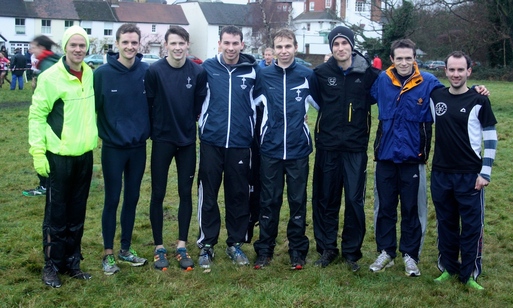 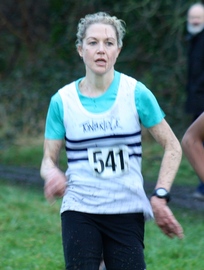 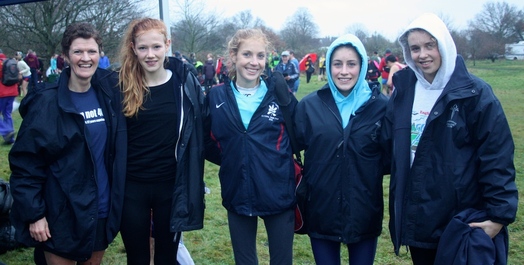 Full results are at - http://www.thepowerof10.info/results/results.aspx?meetingid=91540

See the 2013 TAC Parkrun rankings on the Athlete Performance and Progression page.

Katie Burgess finished first overall in this month's junior 1 mile races, where the boys and girls were combined, running 6.02.
Full results are on the Results 2013 page.

Ben Cole made an impressive half marathon debut, to finish sixth at Bedford, running 71.26. 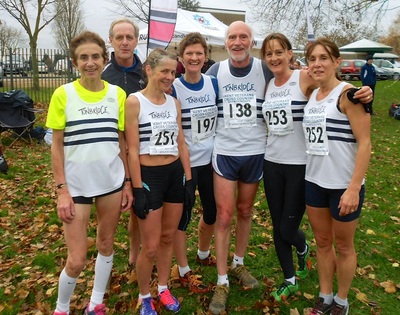 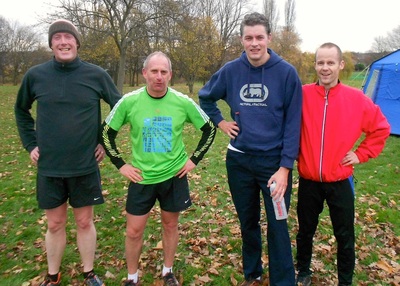 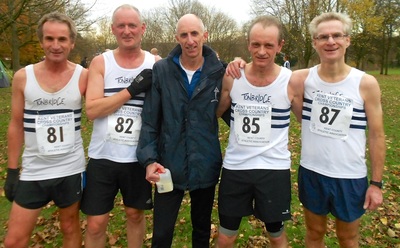 Robbie Farnham-Rose and Dominic Brown have been selected for the England under 20 mens cross country team, that will compete in Brussels on 22nd December. This follows their 10th and 11th places at the GB trials event at Liverpool. For Dominic it will be his first ever international vest.

Nicole Taylor and Laurie Probert have both been selected to race for the South of England squad that travels to Brussels for the same event. 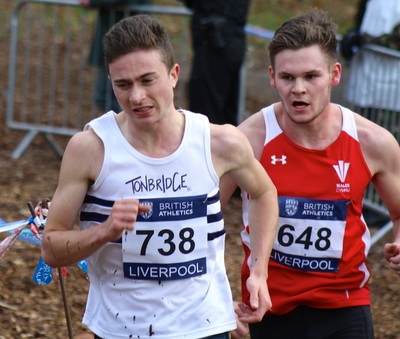 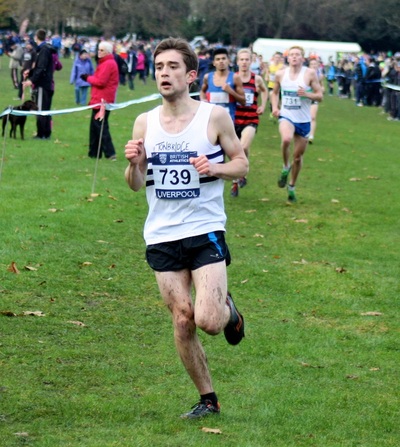 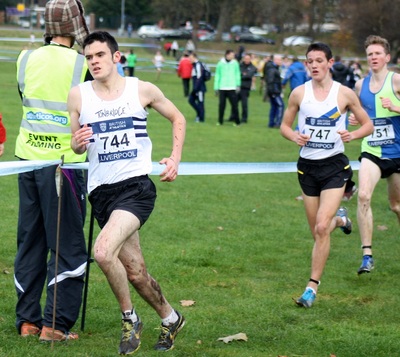 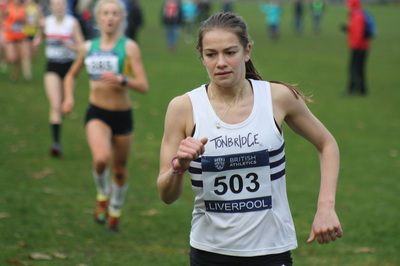 Deirdre McDermot won the women's race at Crowborough in 37.49, finishing 8th overall. Joe Watts ran 43.35. Full results are not yet available. Full results are at - http://www.crowboroughrunners.org.uk/Crowborough%2010k%202013%20Provisional%20results%20v1.pdf