The evening open meeting didn't have as many entries as June, but still produced some good action. Results are available on the Results 2014 page. Videos of the 400m and 1 mile races are being loaded.

Tonbridge placed 6th in the match and now have a massive challenge to avoid relegation from this premier division. The team was severely weakened by numerous absentees. More details to follow. Results are on the Results 2014 page.

It was good to see Toby Ralph back in action, whilst Stuart Brown looks like he has got back on form, with 800m and steeplechase pbs. The Marsh family did the club proud with Nathan, Taz and Kiri all racing 3000 metres.

Nicole Taylor placed 10th in the 3000 metres steeplechase, in her first ever senior championships at this level. Nicole ran 10.53.64 and in the last thirty metres was overtaken by a couple of other athletes.

Robbie Farnham-Rose was TAC's only other competitor and had a disappointing 1500m heat. Hopefully, these young athletes can learn from the experience and bounce back in the future. Full results can be found at - http://www.britishathletics.org.uk/british-athletics-series/sainsburys-british-championships/athlete-information/
Photos of Nicole and Robbie courtesy of Richard Owen.

Full results of all Saturday's Parkruns are at http://www.parkrun.org.uk/results/firstfinishers/ .Dan Watt was first home at the Royal Tunbridge Wells event.

Below is the latest table for the Tonbridge AC Grand Prix.

Dan Schofield won the age graded this Saturday, but the Bradleys continue to pack the top 5, with Di having only completed 3 results compared to the 4 of the others!!

Next qualifying race is next Saturday.

Sean Molloy had a very disappointing race in the 800 metre heat at Birmingham. Having had strong performances over the last two weeks, he hoped to have a chance of making Saturday's final, but it was not to be. He commented that he just did not feel himself and struggled home last in 1.55. 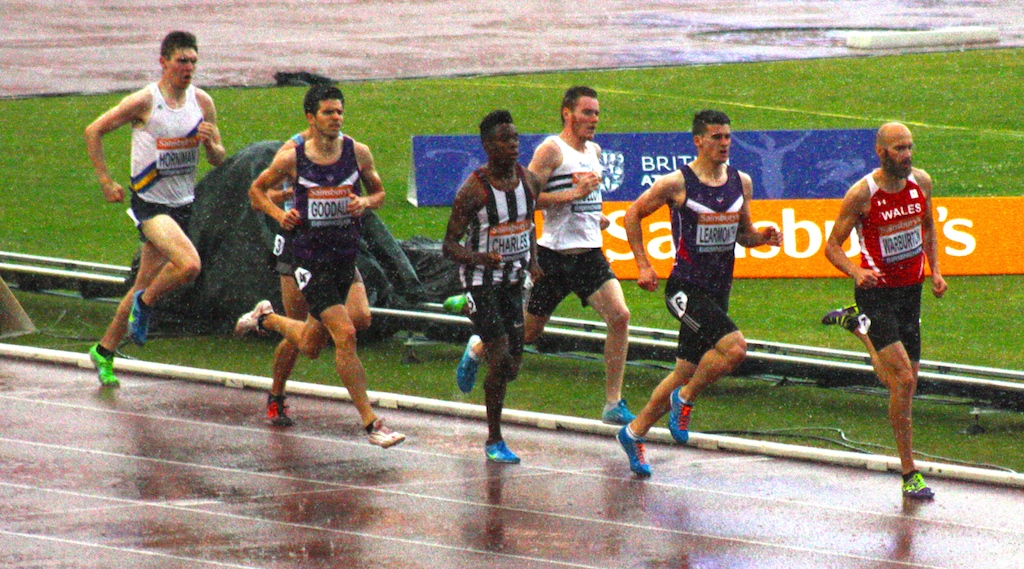 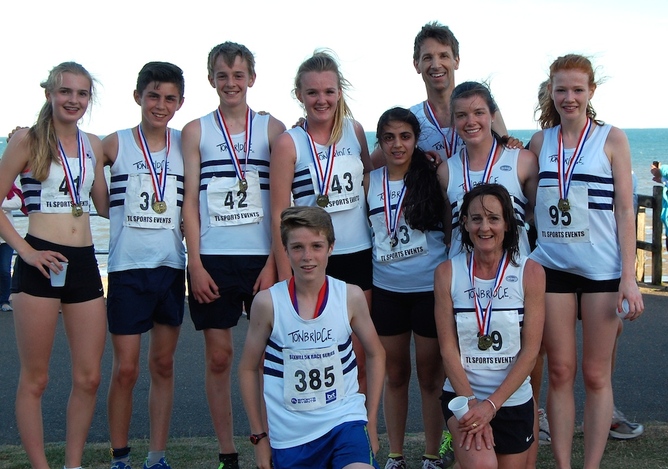 National under 20 and 23 Championships, at Bedford, Saturday and Sunday, 21st/22nd June
Videos loaded !

Sean Molloy (800m) and Nicole Taylor (3000m steeplechase) came away from the championships with a bonze medal from the under 20 events.

Sean had progressed nicely through the heats and semi finals on Saturday and in a close final on Sunday, was just 0.35 seconds away from the winner in 1.51.35.

Nicole backed up her personal best from last weekend with a brave effort in 10.45.36, despite falling at one barrier towards the end. This was her first experience of a National age group championships at Bedford and like Sean, she is now due to race in the British championships next weekend. 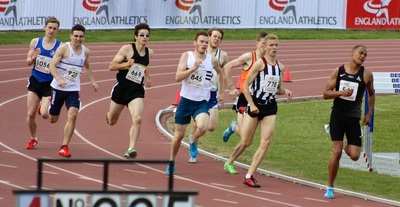 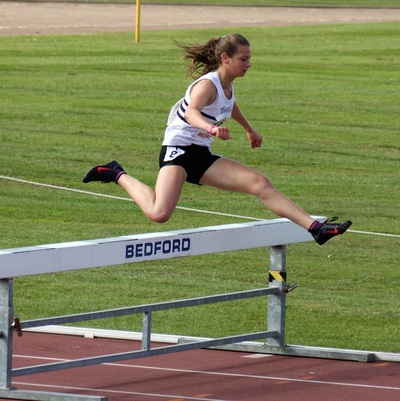 Tonbridge AC grabbed a very close, but vital third position in the match. This will give us a good chance of remaining in the Premier Division.

There were some excellent personal bests, from the likes of Matilda Hall and Ben Errington.

Three TAC athletes took part in the Amba Hotels/British Milers Club Elite Races. Steve Fennell finished 9th  in 4.09, with Robbie Farnham-Rose 14th in 4.18. Ashley Gibson was 6th in the women's race with 4.55, whilst in the youths race Bede and Polly Pitcairn-Knowles ran 5.16 and 5.39. Full results are at www.cityoflondonmile.co.uk 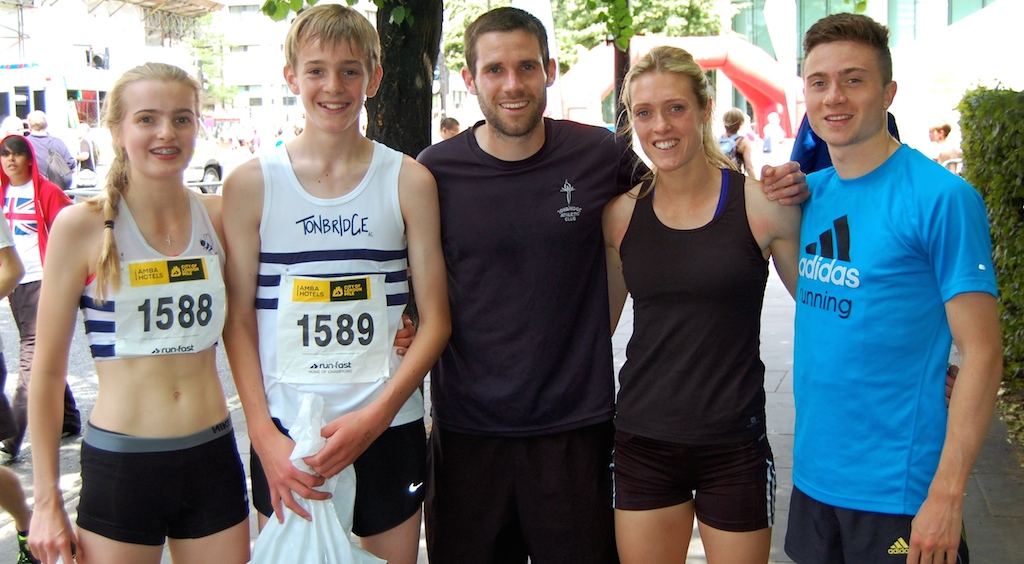 Tonbridge finished second to Crawley in this third match of the season. Like TAC, Crawley had also won their first two matches.

The standout run from a distance running point of view came from Ben Cole, who ran a personal best for 5000 metres of 15.15.6. Full results are on the Results 2014 page.

Perfect conditions greeted us at Watford, where the open meeting was based around a total of 24 x 800 metre races. In addition there was thirty minutes of British Milers Club Gold Standard races. TAC had seven athletes in action, who came away with four personal bests and two season's bests between them.

First up was Ryan Driscoll in the BMC Mens B 1500m. Ryan had to dig deep on the last lap, but came away with a superb personal best of 3.52.63 to take four seconds from his previous best. Steve Fennell ran in the BMC A race, having his first track competition of the season. He became TACs 13th athlete to go sub 4 minutes at 1500m this season (a record), in running 3.50.06.

A tremendous weekend for TAC distance runners was capped off at Crystal Palace, with four more medals in the South of England Championships. Robbie Farnham-Rose (800m) and Dominic Brown (1500m) both won gold medals in the senior events.

At under 20 level George Duggan won a silver medal at 800m in a closely fought race, whilst Sean Molloy surprised everyone with a silver at 400 metres, having looked out of it at halfway. Sean capped the weekend by running 48.88 to break Steve Fennell's TAC under 20 men's record. 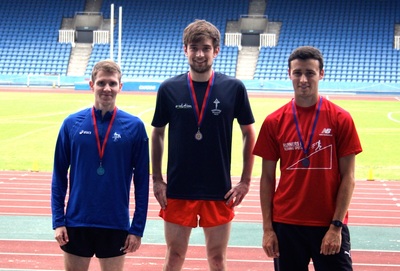 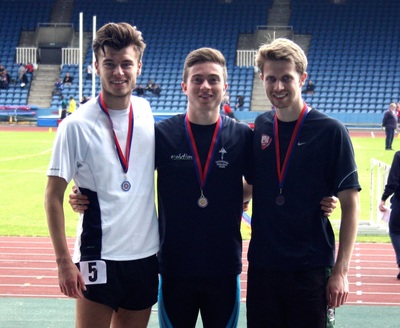 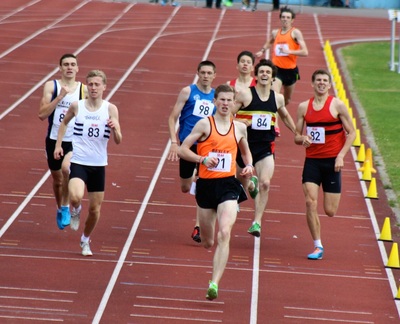 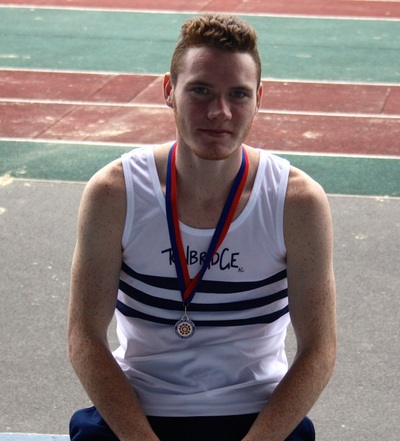 Unfortunately Max Nicholls took a fall at the British Mountain Racing, European Trials on Saturday. Max reports that he is ok, but had to pull out of the race, having been in contention when the fall happened.

Joe Watts ran an excellent race at the Staplehurst 10k on Sunday in 39.28, reducing his pb by 90 seconds, to go sub 40 for the first time.

Results were late being published for this meeting, but are now on the Results 2014 page. There were a few personal bests for TAC distance runners, including Matilda Hall and Abi Johnstone over 1200m, plus Ellie Cohen, Hamish Johnstone and Gideon Goldring over 1500m.

TAC distance runners picked up three medals on day 1 of the championships. Nicole Taylor ran 10.37.34 for 3000 metres steeplechase to set her 5th club record of the season and move upto 10th on the uk all time list in winning the gold medal. 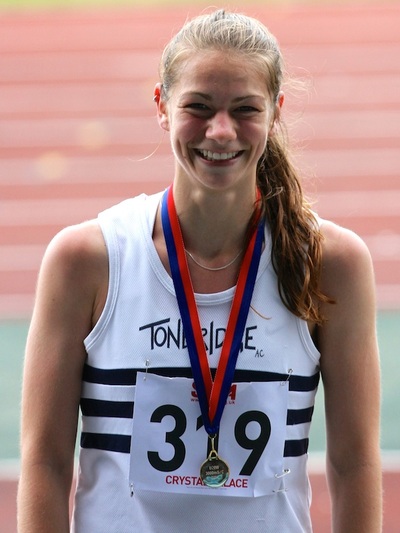 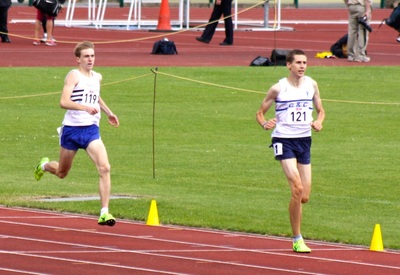 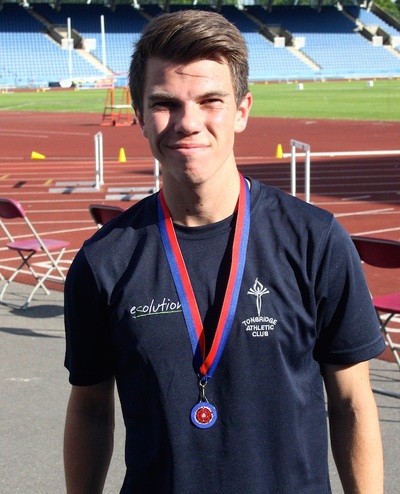 Although I was at the Southern Championships, at Crystal Palace, I received some excellent reporting from Helen Cohen, who was at Ashford. It seemed that TAC distance runners were putting on a terrific show. Highlights included wins for-
Lizzie Miller, James Kingston, Kathleen Faes, Chris Cohen, Alasdair Kinloch. Its really worth reading the Results Summary to see all the personal bests that were recorded.
Full and summary results are on the Results 2014 page

There were wins for Graeme Saker (Maidstone) and Jordan Saul (Bexley). Full results are at http://www.parkrun.org.uk/results/firstfinishers/

Joe Watts finished third and captured his first ever trophy, having joined TAC less than a couple of years ago. Joe ran the 8.6 kilometre trail run in 35.04.

Nicole Taylor set her fourth club record of the season, from four steeplechases, when she lowered her 2000m best. Nicole ran 6.51.88 to win and move into the UK all time top 10 under 20 women for the event. She is also the fastest in the UK so far this season. 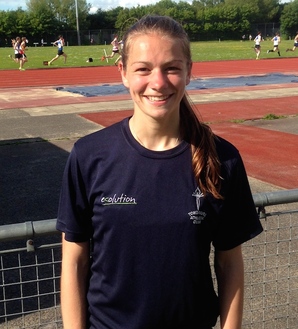 There were TAC runners at Tonbridge, Maidstone, Royal Tunbridge Wells, Tilgate and maybe others today.
Full results are at http://www.parkrun.org.uk/results/firstfinishers/
The Tonbridge event had the most, boosted by Mark Pitcairn-Knowles declaring it a TAC Parkrun Grand Prix event. Based on the age group gradings and relative positions, the overall standings are shown in the file below -

Summary of results is on the Results 2014 page. There were 9 TAC distance runners with 5 personal bests. Ryan Driscoll, Alex Howard, Charlie Crick and Sam Avis all ran pbs at 1500m, whilst Jamie Goodge improved his 3000m time. It was also good to see Corey De'Ath and Henry Pearce back to racing well.

Tom Devlin made a return to track racing, whilst away studying at Newcastle University. Tom ran 1500m in 4.15.20

Full results are on the Results 2014 page. There were many highlights at the meeting including -
The under 17 womens 4x300m relay team setting a club record of 2.52.94. Two sprinters (Una Laqeretabua and Anna Woodward) combined with two middle distance runners (Hannah Czarnowski and Becky O'Hara)
Nicole Taylor moved from 11th to 4th on the UK all time 1500m steeplechase rankings with 4.59.94.
Alasdair Kinloch dipped below 9 minutes in winning the 3000m, Miles Weatherseed ran a pb of 1.56.44, Alice Ralph set a 1500m pb of 4.53.92.

Richard Westover ran a new personal best of 79.20 at the Outlaw Half Marathon, near Nottingham on Sunday. Richard is mainly a triathlete and took 19 seconds from his personal best.